Our first netball match of the year 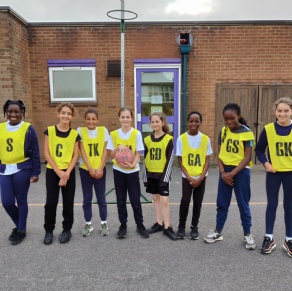 Our netball team played their first game of the year last night, after weeks of training during the netball after school club. Their hard work paid off with a hard fought and entirely deserved 3-0 victory.  They inspired the rest of KS2 in our achievement assembly this morning by talking about what led up to their win, the practise, the game plan, the effort and the team work that they showed. Well done!